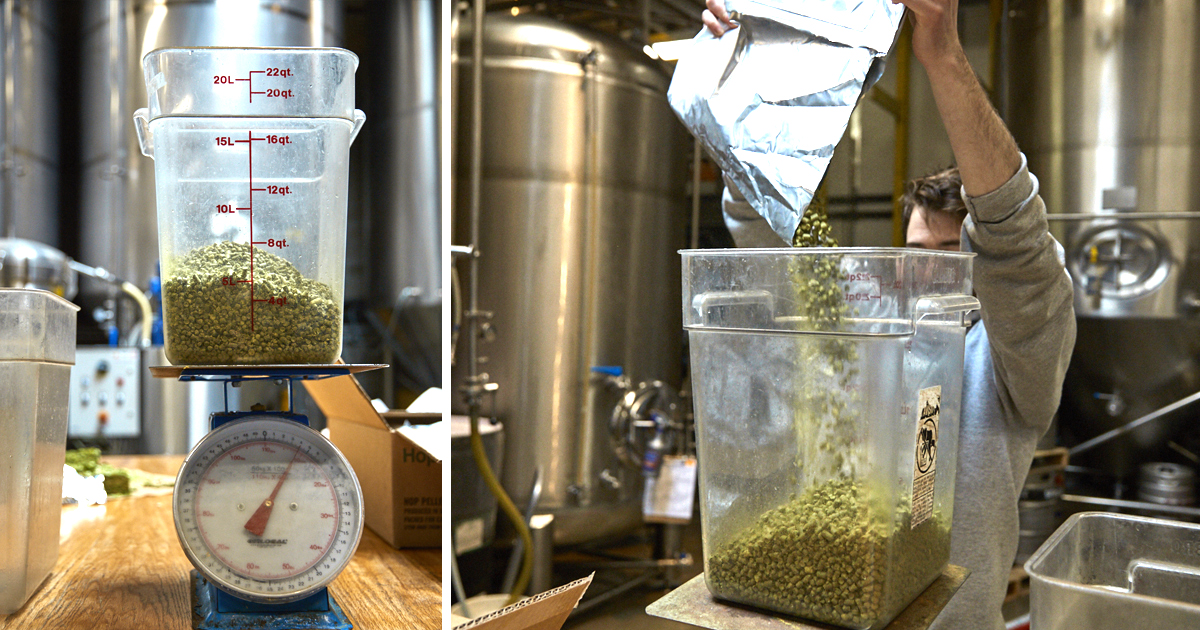 In January of 2017, Hopsteiner set out to assess and blend an assortment of hops to match the sensory characteristics of three target hops: Amarillo, Citra, and Simcoe. Two separate studies were conducted by Campden BRI, a nationally recognized food and drink research advisory, which collectively determined three blend models to successfully match each targeted hop profile.

The first study set out to determine a hop blend that would mimic the characteristics of Amarillo. The study was conducted by Chris Smart, Head of Brewing Services at Campden BRI. Chris selected 14 hop varieties, including Amarillo, from various regions around the world to determine the best blend.

The second study, also conducted by Chris at Campden BRI, consisted of 10 beer brewing trials, all dry hopped with calculated hop blends from 11 different varieties that best matched the sensory analysis of each target hop profile for Citra and Simcoe. The analysis of attributes from Eureka!™ and Calypso™ were determined to have the closest sensory profiles to both Citra and Simcoe. When blended and tested by Hopsteiner’s Sensory Panel, little-to-no significant difference could be found in a 70% Calypso™ and 30% Bravo™ blend as a recommended alternative to Citra.

As a recommended alternative to Simcoe, a 50% Eureka!™, 40% Apollo, and 10% Cascade blend exhibited the same results – again with little-to-no significant difference. The underlying difference among panelists came in at a 0.01 level between both Citra and Simcoe blends.

Additional studies from established breweries confirmed these results in the final beer product following the same methodology conducted by Campden BRI. We will continue to research hop blends while collecting and sharing sensory profiling and look forward to supporting the industry with transparency to best serve all entities.

A full analysis and summary of reports can be found here: