Originally published by We Are Brew Studs 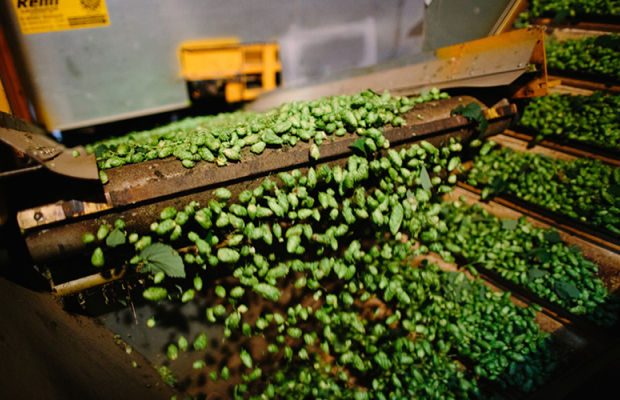 Brewers use hops in beer for numerous reasons ranging from bitterness to flavor. And craft brewers are particularly known for using a substantial amount of hop varieties. With craft beer sales making up more than 12 percent of the US beer market, the demand for unique hop varieties increases every year.

Production of hops has grown 50 percent since 2012, according to the US Department of Agriculture, driven by the explosion of craft breweries and America’s growing taste for hoppy beer. This year, US hop production is expected to hit yet another record high, with a Northwest hop harvest of 91.8 million pounds.

During the annual hop harvest, which occurs between August and September, hop varieties that have reached their peak maturities are harvested. Typically, the hop cones are mechanically removed from the trellis and placed in trucks that immediately deliver to the cleaning facility. There, hop cones are separated from any remaining leaves and stems using a sophisticated array of belts, fans and screens. Hops are then sent to kilns for drying.

Read the full article on We Are Brew Studs