Bravo™ (formerly X01046) has experienced tremendous success in the craft community since its debut in 2006. Bravo™ has made it’s way into several beer styles from vast regions  across the globe. But after 15 years, changes set in. Brewing styles change, brewing techniques improve, and consumer preferences shift. That’s why we are reintroducing Bravo™.

There is no denying that Bravo™ is best known for its pleasant bitterness profile, but when used as a late kettle or early dry-hop addition, Bravo™ can add exceptional candied lime, tangy orange, fruity, and floral flavor/aroma to your brew. 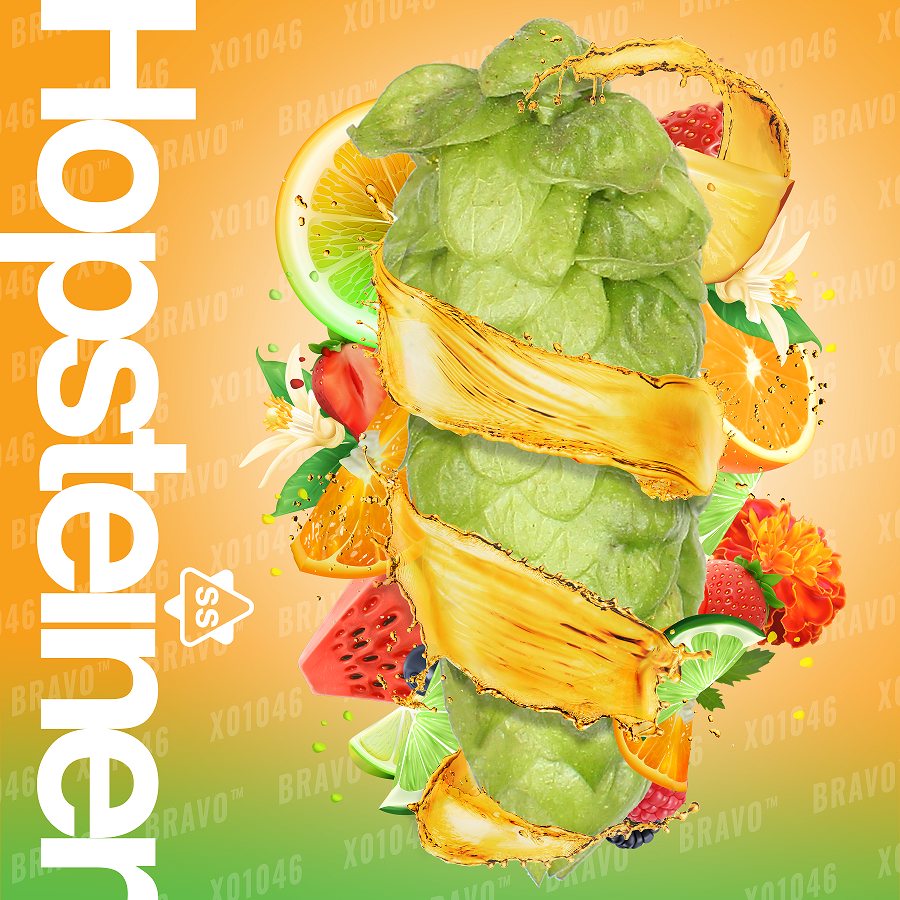 Bravo’s™ prominent aroma characteristics can be attributed to its above average geraniol concentration. Geraniol is a monoterpene alcohol perceptible with a low threshold of about 40 – 75 ppb in finished beer. Geraniol can undergo biotransformation by yeast during active fermentation to produce a variety of esters and acetates which can contribute floral, citrus, and other aroma compounds. Thus, adding a geraniol-rich variety like Bravo™ late in the boil or as a dry-hop can create desirable floral, citrus, and lime-like aroma compounds in finished beer.

There are still many discoveries to be made for how the synergistic effects of these compounds interact, but it is clear there is something special about this type of oil compound and Bravo™ just so happens to be loaded with the stuff. 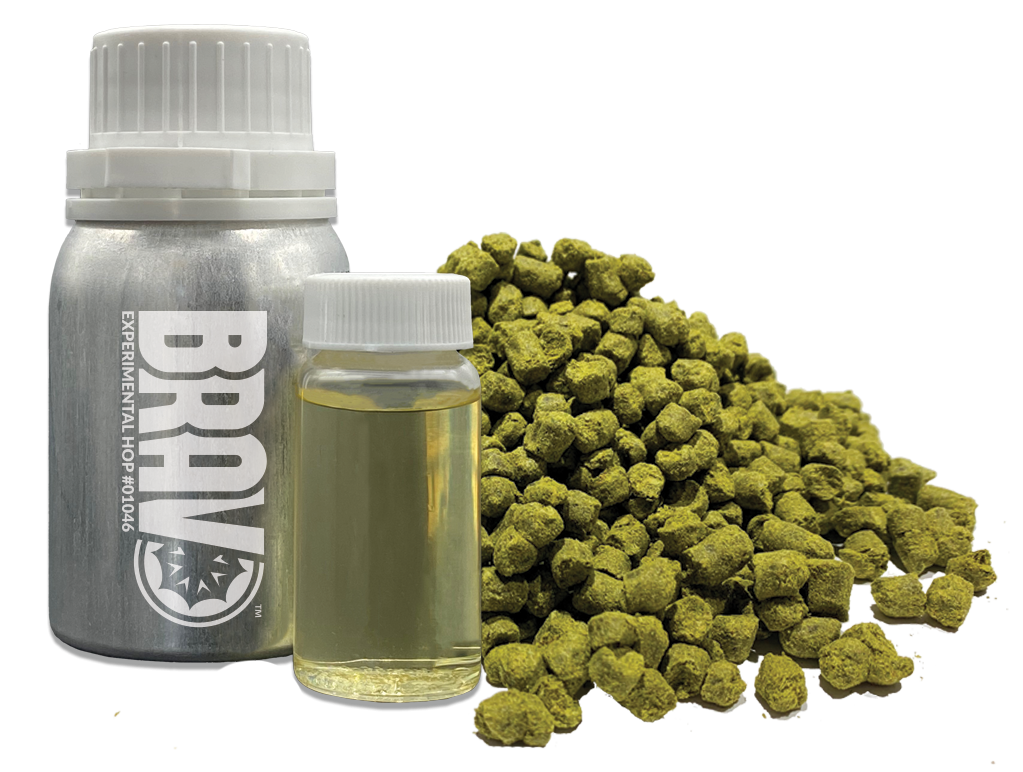 Each hop variety has a different pick window that indicates peak maturity. This can vary from crop year to crop year depending on seasonal change and weather patterns. Careful analysis of dry matter, moisture, alpha acids and essential oils are key indicators for ensuring hops are harvested at the right time.

“We took a great hop and made it even better,” said Hop Ranch Farm Managing Director – Paul Merritt.

Our seasonal scouting parties comb the fields when the harvesting window approaches. Data collected over the years from these scouting reports has shown favorably for Bravo™ in earlier stages of its growth cycle. After a few seasons of proper testing between grower, lab, and brewer feedback, we are excited to bring you a Bravo™ that is better than before.

Bravo’s™ improved aroma profile matched with its established chemical and bittering compounds makes this hop a standout among its peers.

Hopsteiner invites customers with contracts, regardless of volume, to attend hop selection during and after harvest to choose their contracted hop lots. Customers can get an intimate look at the entire hop processing chain while personally selecting cuts of each variety after thoroughly grading them by appearance and aroma.

Hopsteiner’s top-quality hops are grown by the hard work and dedication of our growers worldwide. Our growers are dedicated to their craft and constantly review and improve on operations forever following the philosophy behind the Hopsteiner name for innovation.